The apparition of Mars of 2007-8 saw the closest approach of Terra to Mars early on 19 December 2007, with Mars at a distance of 54.78 million miles and subtending an angle of 16 arcseconds. At the time I was living in a bedsit and struggling to practise astronomy with a hopelessly fast reflector pointing through a glass window, with a yellow sodium lamp directly opposite. With no familiarity with Mars' motions I simply observed anything that happened to pass by my window, and when Mars appeared I made the effort to observe him. It had not been my plan to collate my observations as a report, at that time I was not so organized. Nonetheless, despite all the obstacles, the basic detail of the planet's continents was visible and the exercise was excellent practise. These wobbly first six drawings of Mars disagree somewhat (by in the region of ten degrees latitude and/or longitude) with the calculated aspects of the planet for each drawing, but I have corrected for these errors in my final map.

This graph plots the changing distance of Mars from Terra against the time of each observation over the course of the apparition.

The diagram shows the position of Mars relative to the background stars during each observation.

This diagram shows the observed apparent diameter of Mars during each observation. 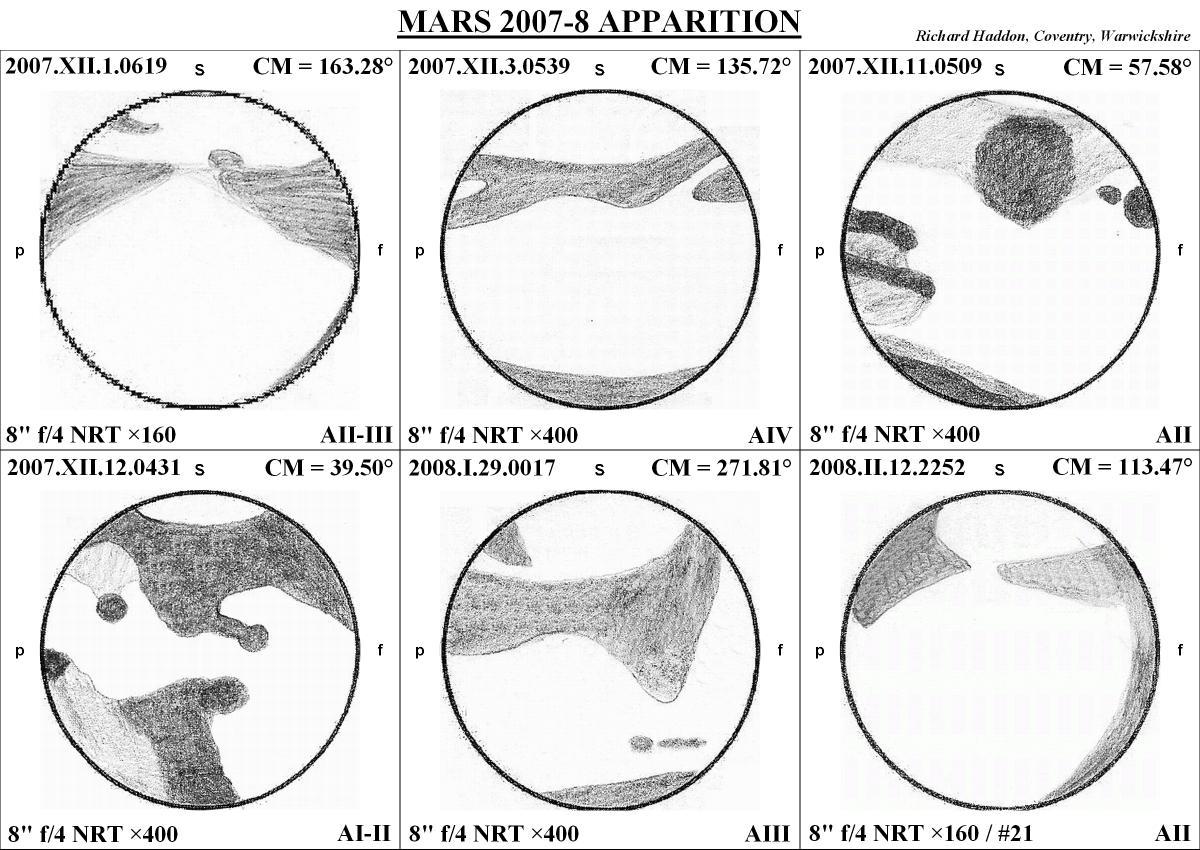 These are the six drawings I was able to make during the apparition.

Some years later I collated the following global map of Mars from my limited drawings: 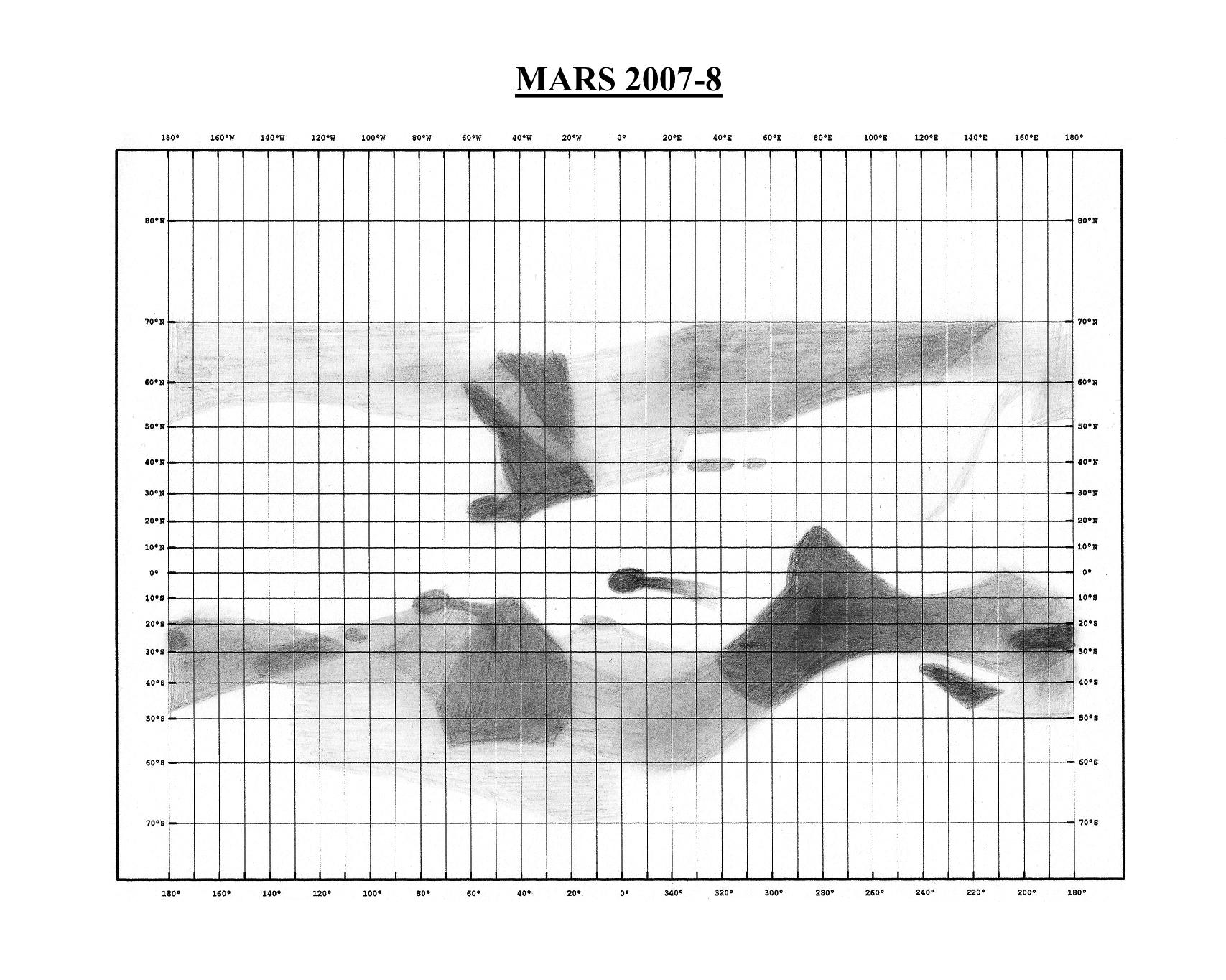 Here is a link back to the main Martian page.