By the time of this apparition I knew what I was doing, but still lacked experience. It was my premeditated intention to study Mars throughout the apparition, make a series of standardized observations, drawings, and possibly some photographs, and collate these into some sort of final report. To this end I acquired a 4" achromatic refractor early in the apparition so that I could actually see Mars properly, and had read up on some of the sort of phenomena I could expect to see at the time of Martian year Mars was presenting himself. Most importantly, I now had an outdoor location from which to observe, albeit still in an urban light-polluted environment. The only serious hindrance to observations then was my lack of a star diagonal, but I was willing to forgo this piece of equipment for the sake of maximizing the effectiveness of my modest refractor. However this made for some uncomfortable cramp-filled nights lying on the ground in freezing weather, craning my neck to see the planet through the awkwardly-positioned eyepiece. Thankfully my health still tolerates such abuses.

Before this apparition I had yet to even observe polar ice on Mars, let alone any of the atmospheric phenomena that play such a large part in making such studies useful. Furthermore the opposition was aphelic, with Terra not approaching Mars within 61.7 million miles and Mars' apparent disc not subtending more than 14 arcseconds at most. Nevertheless by the end of the apparition I had a much clearer idea of the global geography of Mars [the global areography] and had witnessed the first onset of Martian spring in the northern hemisphere of the planet. My final observation of Mars for the apparition continued to pick out the major continental plateaux, with Mars subtending less than eight seconds of arc at a distance of 111 million miles.

This graph plots the changing distance of Mars from Terra against the time of each observation over the course of the apparition.

This diagram shows the position of Mars relative to the background stars during each observation.

This diagram shows the observed apparent diameter of Mars during each observation. 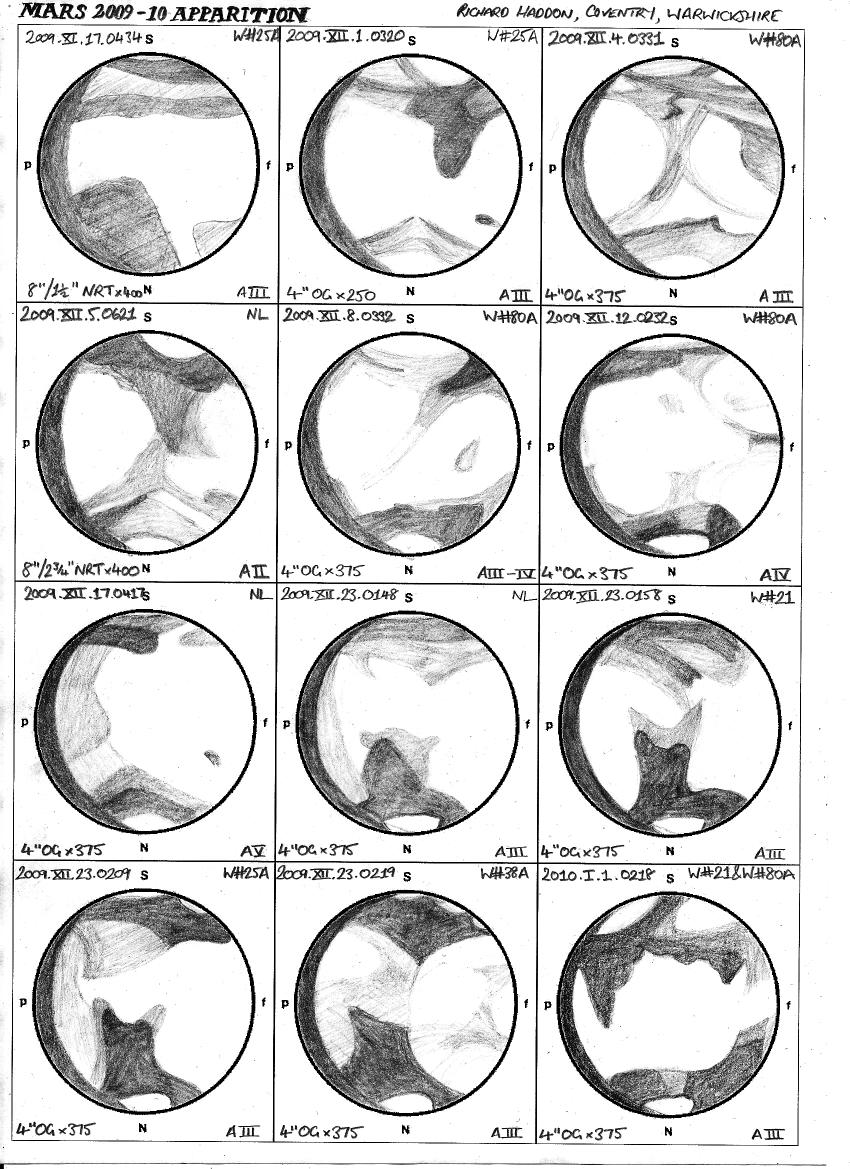 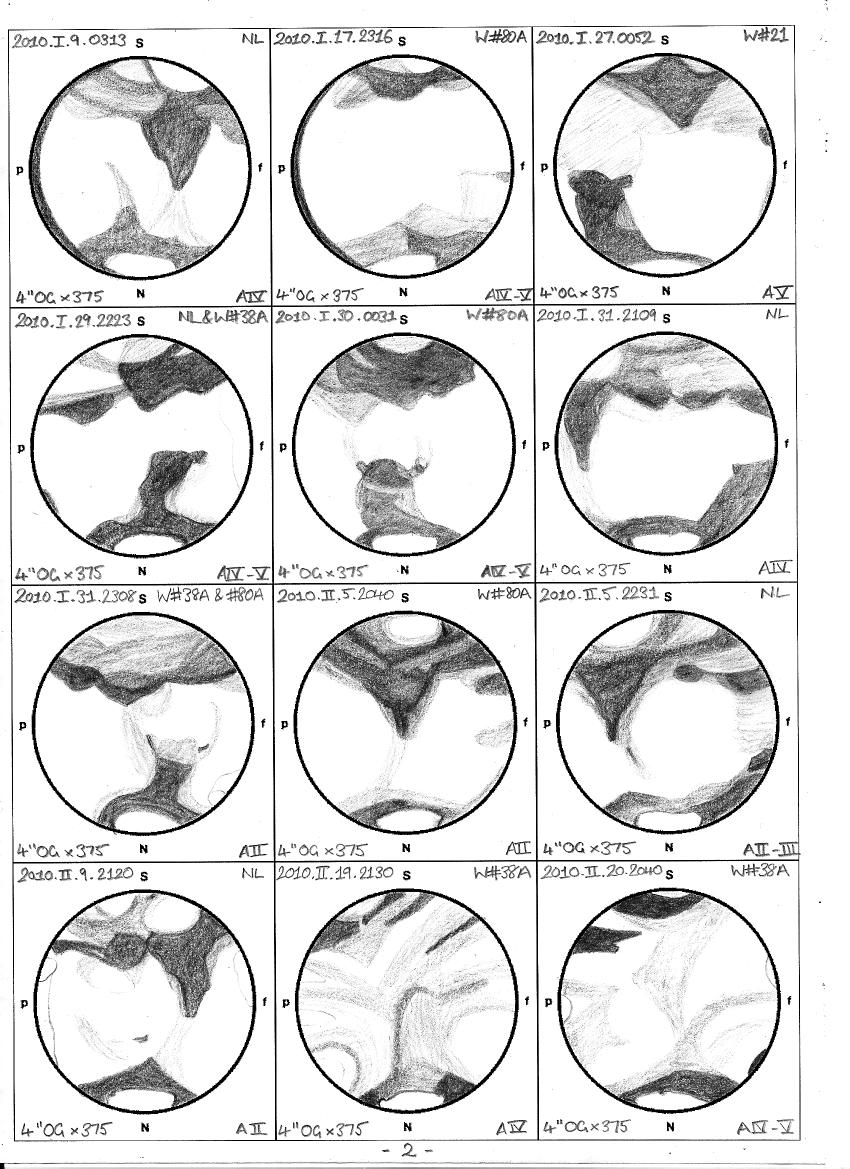 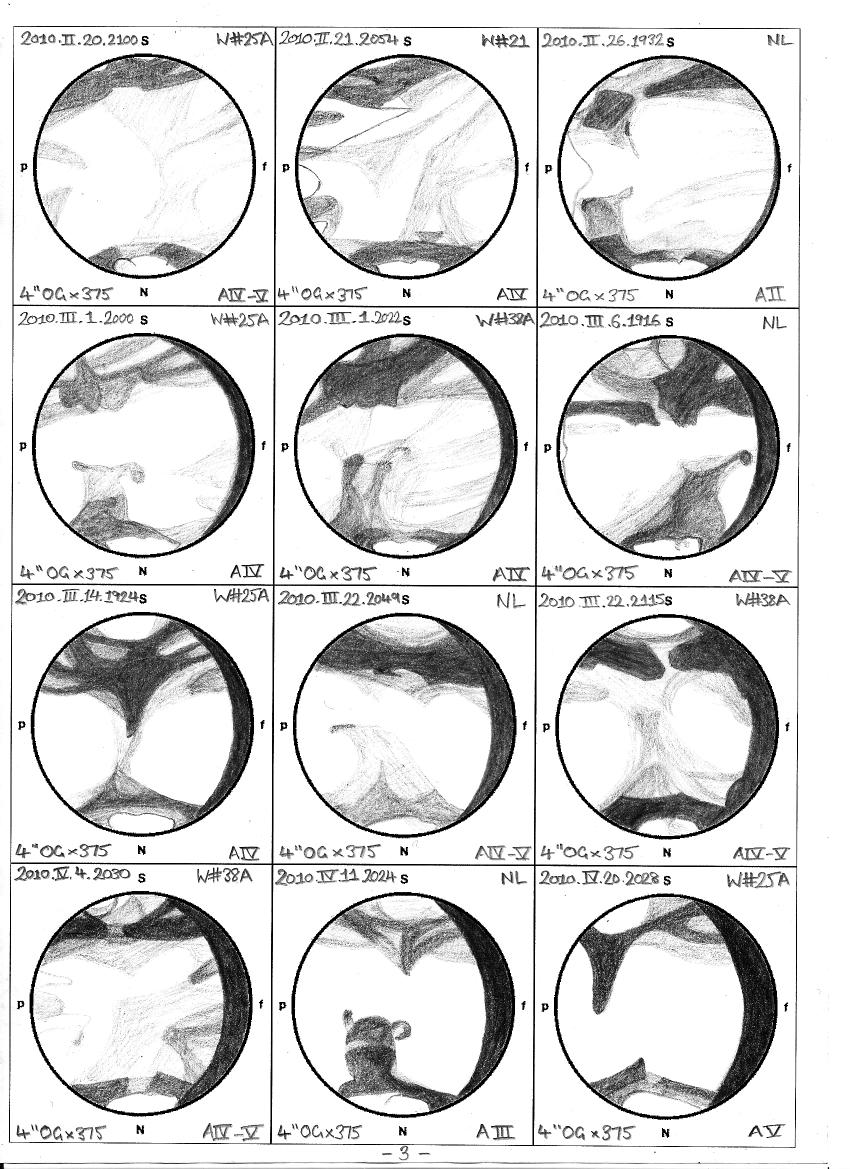 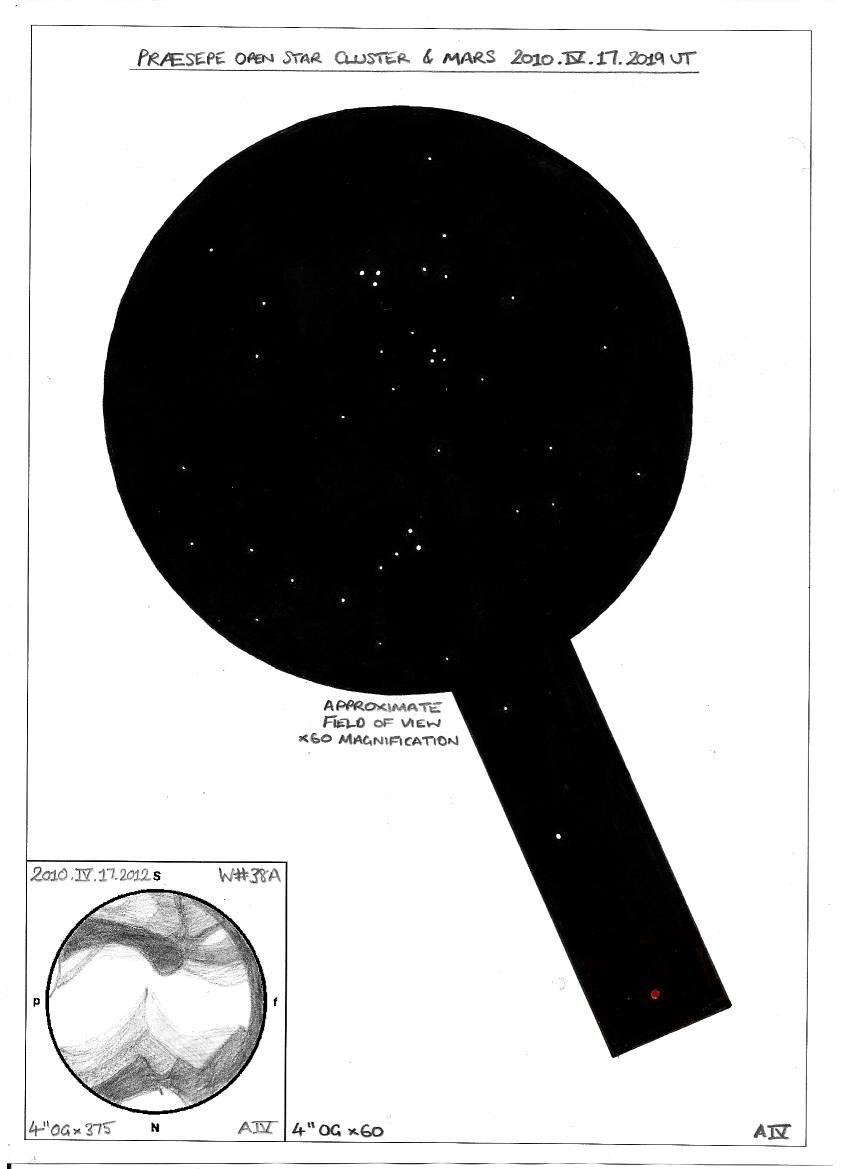 Click on the panels to enlarge each page of drawings.

Finally, I have collated the following global map of Mars from my preceding drawings. 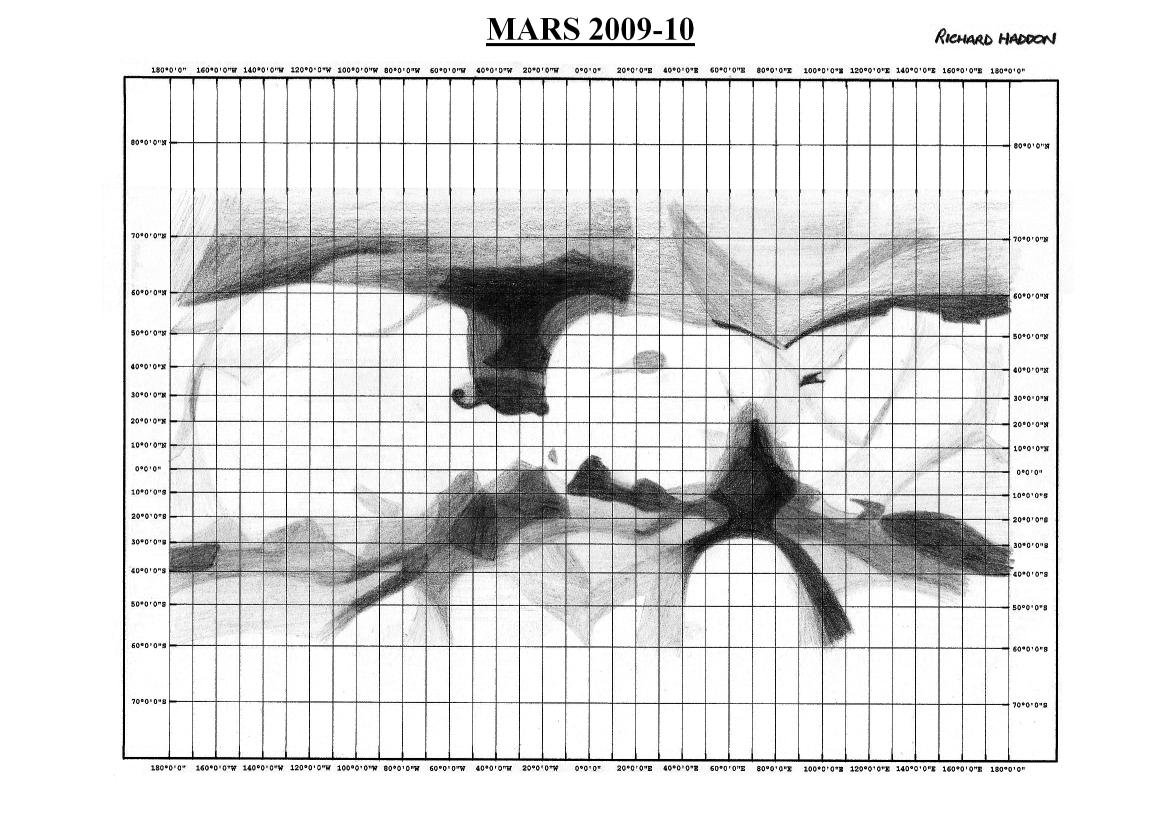 Click on the map for a higher resolution image.

There now follows a link to the main Martian page.